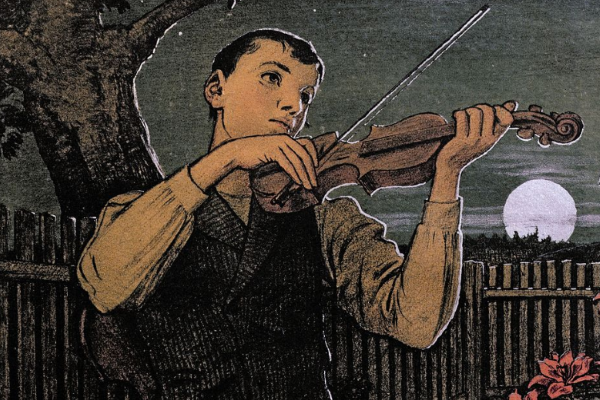 Students in my course on Victorian poetry heard a recital by Rolf Eising of Robert Browning’s “A Serenade at the Villa”. The poem is not easy to understand, but its musical quality makes it fun to read.

A Serenade at the Villa

The opening scene is set in an Italian garden where a man tries to win the heart of his beloved in the troubadour fashion:

I.
That was I, you heard last night,
When there rose no moon at all,
Nor, to pierce the strained and tight
Tent of heaven, a planet small:

Life was dead and so was light.

II.
Not a twinkle from the fly,
Not a glimmer from the worm;
When the crickets stopped their cry,
When the owls forbore a term,

You heard music; that was I.

In the dead of night the lover expresses his feelings through verse and music, while lightning and rain herald a storm.

III.
Earth turned in her sleep with pain,
Sultrily suspired for proof:
In at heaven and out again,
Lightning! — where it broke the roof,

Bloodlike, some few drops of rain.

IV.
What they could my words expressed,
O my love, my all, my one!
Singing helped the verses best,
And when singing’s best was done,

To my lute I left the rest.

Before the break of dawn the speaker decides to ‘pass away’, that is to leave the garden:

V.
So wore night; the East was gray,
White the broad-faced hemlock-flowers:
There would be another day;
Ere its first of heavy hours

Found me, I had passed away.

He wonders what effect his music might have had on the lady. His hope is that she may think of him as a true friend and eventually a companion for life.
VI.
What became of all the hopes,
Words and song and lute as well?
Say, this struck you — “When life gropes
Feebly for the path where fell

Light last on the evening slopes,

VII.
“One friend in that path shall be,
To secure my step from wrong;
One to count night day for me,
Patient through the watches long,

Serving most with none to see.”

His fear is, however, that his beloved might actually resent his attention and would rather be left alone in a storm to die than bear the sound of his voice or the sight of his face.

VIII.
Never say — as something bodes —
“So, the worst has yet a worse!
When life halts ‘neath double loads,
Better the taskmaster’s curse

Than such music on the roads!

IX.
“When no moon succeeds the sun,
Nor can pierce the midnight’s tent
Any star, the smallest one,
While some drops, where lightning rent,

X.
“When the fire-fly hides its spot,
When the garden-voices fail
In the darkness thick and hot, —
Shall another voice avail,

That shape be where these are not?

XI.
“Has some plague a longer lease,
Proffering its help uncouth?
Can’t one even die in peace?
As one shuts one’s eyes on youth,

Is that face the last one sees?”

His fear of being rejected is not unjustified, as can be seen in the last stanza. The villa remains dark, the windows shut and even the garden seems to be glad to get rid of an unwelcome intruder.

XII.
Oh how dark your villa was,
Windows fast and obdurate!
How the garden grudged me grass
Where I stood —- the iron gate

Ground its teeth to let me pass!

If you wonder now why success with the ladies has never been guaranteed even to the most passionate serenader, you may want to consider Dr Hellerforth’s very personal explanation: 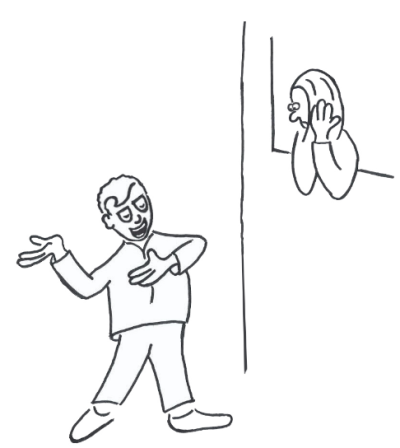